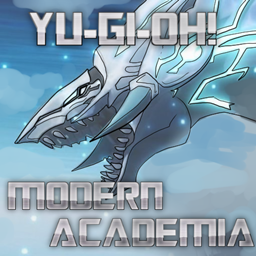 Yu-Gi-Oh. A game that you can play.
And as some may know, if it exists, there's a ROBLOX version of it. Such is the case here.

Though Yu-Gi-Oh has had a fair share of games on ROBLOX, one could argue none were as solid as YGO: Dimension Duels. But that one got closed down, so no one cares.
Why I mention that game here? Well, this could just be me hallucinating, but it almost seems as if this game was inspired by it.

I will now explain the game.
Go ahead. Read. 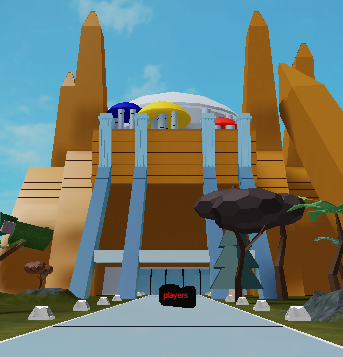 When you play this game for the first time, the game will ask you to choose 2 decks; these decks are based on official structure decks you can buy at Walmart or whatever, only with a few more cards.
After you choose your decks, you have the choice to buy the rest with ROBUX... though, I don't really see the point of it. More info way down below.

After choosing your two decks, you find yourself on Duel Academy of Yu-Gi-Oh! GX fame... minus the volcano. The map itself is of funny quality. There are a handful of places that lead you to out of bounds. The Duel Academy building itself is explorable, and has a few places to duel in. There are card shops everywhere on the island, though most of them aren't that useful.

What I liked about this game is that just about all TCG cards pre-Phantom Rage are in this game, whereas the original Dimension Duels didn't have them all. Admittedly, quite a few of the ones that weren't available in that game were Level 3 Normal Monsters... So perhaps this is not as big as a deal for others than it is for me.

This, however, makes buying Structure Decks with ROBUX not really necessary; you can just look up a card list of an official Structure Deck and buy the necessary cards with the in-game currency, Diamonds.
If you then wish to modify them, you can just buy cards you want to enhance the deck with in the card shops... This makes buying these decks seem like a bad idea.

On the right of your screen are five icons you can click on. They are, from top to bottom: