Winegum has wine in it. Who would've thunk it?

Imagine feeling sick and going to the doctor and he says you have a disease called "Radical-6." Now that's just rad. Don't google it though. I don't want to spoil you.

I bought Samurai Shodown. It's like Mortal Kombat, but with swords, and it's in Japan. I think the later games have Fatalities, actually.

"You are a criminal. Those who escape from something have committed a crime. He who tries to hide himself has admitted sin. And the criminal who admitted the crime I will personally execute."

Is this deep? I fixed the quote a bit, though. I actually thought about removing this entry (it's inspirational quote material!), but I think I'll leave it here.

Nothing happened? I thought there was supposed to be an online meeting, but I guess the teacher didn't feel like it this time.

I wonder what to do with this image.

My internet crashed and burned, and it took a day to recover. I have updated the sketch now. Head is still in progress!

Nothing special happened yesterday, same for today. I wonder how the scalies are doing?

I think I'm not too bad at drawing. You are probably superior, though. Unless you can't draw humans. Then I don't know if you are better than me... Actually, that's a lie. (^^;

"Dying of the dead" is the quote of the day today. I like it.

I was gonna publish my fan game today, but it looks like I can't right now...

I did update the index sketch, though it is minor. I also made a Project section, but there's no real link to it yet.

Imagine watching The Disappearance of Haruhi Suzumiya without watching the anime first... That's exactly what I did.

I ate chicken nuggies today. Are they artificial? I've always heard that fast food chains like McDonald's are trying to be more healthy and caring. Though, I'm not exactly sure what Burger King was trying to achieve with the Pissed Meal... I wonder how well that did.

By the way, have you seen the sketch at the index? I probably won't get around to finishing it today, but I promise it'll be finished someday. Mayonara~

While Percy is landing on Mars, I'm just here listening to Magical Astronomy. It's an album. Touhou. No, Touhou is not an anime. Die!!

If you think something happened today, you'd be sorely mistaken. You'd also think I'm bored, but I'm not. I've got this nice little game in my house.

I am practicing drawing hands. I posted a sketch at the index. Enjoy~

I can respect that.

From the same game.

Holy moly... I refuse to provide context to this. I apologize if this (somewhat understandably) triggers you.

I love smug. Do you?

HOLY MACARONI! As I've heard, they're planning a major update for that Ace Attorney ROBLOX roleplay game I reviewed some time ago. It seems the update is going to adress issues I mentioned in said review. I wonder, did they see it?

Sometimes I look at other people's sites and think to myself: "Dang, I wanna make a paint program using HTML too someday." ...But do I really want to? No, I don't. And besides. I've got my trusty MS-Paint to help me draw!

I ate waffles again. I am now the waffle-nator. I've ran out of things to say. Bye~

I ate waffles instead. Osu!

I'm gonna eat pancakes tomorrow! That is my plan.

I wanna draw something dynamic sometime. Maybe a girl striking a pose?

Also, sometimes I dream about UNO and capitalism. Why those things? That is not a question I want to give an answer to.

I was gonna post this earlier, but oh well. I had an online meeting yesterday. T'was fun.

And today? Well, I ate burgers. Have you played 999: Nine Hours, Nine Persons, Nine Doors? It is a hilarious game with slightly less hilarious murders. Think of it as Saw if it were a visual novel. Of course, it is rated M. Why wouldn't it be?

I also watched a movie. That's about it. 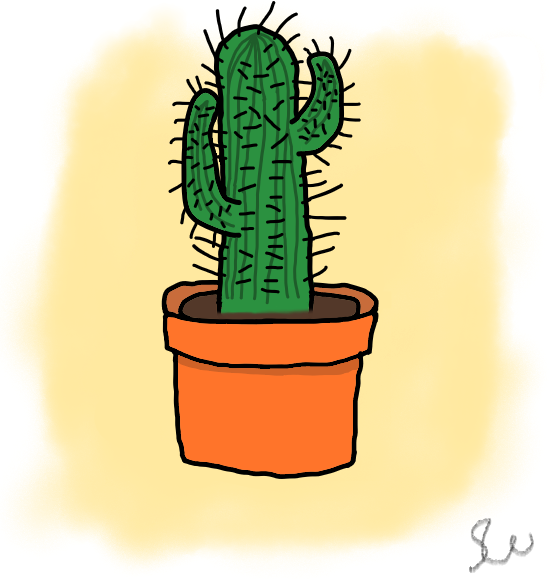 Now that I drew something, I am somewhat satisfied. I even drew a cactus today! Nice.

Sometimes I look at someone's Twitter and wonder: "Hummm, I wonder if they're having a mid-life crisis right now."

The day was uneventful. All days are like this. I feel like I should be suffering under depression due to this, but I don't. Maybe my brain doesn't feel like it?

Oh, and I ate cake today. I thought of your debt while eating it. Sorry about that...

I bought Fatal Fury 2 yesterday. It's better than the first one, I can tell you that much. Speaking of Fatal Fury, the review is still a work in progress. I love Geese... Too bad he's DEAD!!

I am having no problems with online learning. We get the homework per Padlet and write down the answers on paper. We also have Zoom meetings sometimes. During these meetings, I just continue doing my homework. ^_^; The meetings generally only discuss homework.

Sometimes I have the urge to fly to Maryland or Raleigh, but I think it is too early. I am also practicing art still.

I have published my amazing sketch to the public. Sure, it has no color, but I'm still slightly proud of it. I might add color later.